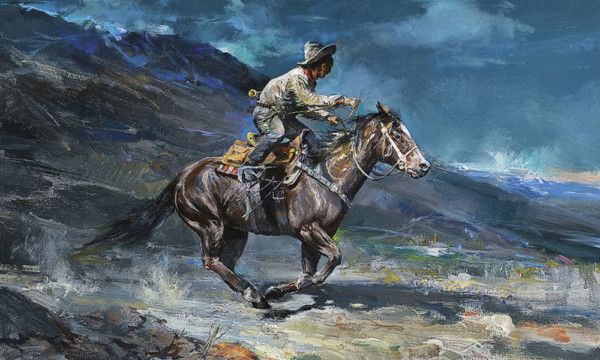 I recently attended my first meeting of the Daughters of the American Revolution meeting. Within minutes of arriving, I had met a dozen older women, filled a bag of candies for first responders, and leaned about a dozen upcoming volunteer opportunities and fundraising projects. It’s Constitution Week, so many women are speaking to elementary schools about the founding of our country. Next week, several members will be cleaning the side of the highway. Then, next month, a large group will meet at the military memorial to polish headstones. The women trained in genealogy frequent the veteran’s hospital, where they help men and women locate their families. The sewists craft Revolution-era clothing for parades and educational events, as well as quits with patriotism symbols or replicated from 17th century designs to raffle off for donations. So far, the group of 25 woman has volunteered 1,900 hours this year, with a goal of 2,250 hours. They are good, kind women. I’m truly pleased to be a part of the community.

So, let me explain the title of this post. We had a speaker at the event. She was the president of the Arizona Children of the American Revolution, a bubbly 15-year-old girl with an abundance of both knowledge and confidence. She talked to use about the Hashknife Pony Express.

I was born and raised in AZ, as were my parents, and I had never head of the Pony Express until earlier this week.

The Pony Express was an American express mail service that used relays of horse-mounted riders. It operated from April 3, 1860, to October 26, 1861, between Missouri and California. During its 18 months of operation, the Pony Express reduced the time for messages to travel between the east and west US coast to about 10 days. It became the west’s most direct means of east–west communication before the first transcontinental telegraph was established on October 24, 1861, and was vital for connecting the new U.S. state of California with the rest of the United States.

Despite a heavy subsidy, the Pony Express was highly unprofitable and went bankrupt in 18 months, when a faster telegraph service was established. Nevertheless, it demonstrated that a unified transcontinental system of communications could be established and operated year-round. When replaced by the telegraph, the Pony Express quickly became romanticized and became part of the lore of the American West. Its reliance on the ability and endurance of hardy riders and fast horses was seen as evidence of rugged American individualism of the frontier times.

If you thought the pony express was a thing of the past, think again. Did you know you can still have mail delivered by horses? The Hashknife outfit has the longest contract with the U.S. Postal Service and annually delivers around 20,000 pieces of first-class mail bearing the valued “Via Pony Express” cachet which is hand-stamped by the riders before the start of the ride.

So where does the name come from? The Hashknife was a tool originally used by chuck wagon cooks to cut meat for hash, often fed to cowboys on the range. The Hashknife brand originated in Texas as the identification of the Aztec Land and Cattle Company, which moved to Holbrook, AZ in 1866, which is now the starting point of the annual ride.

Arizona has the only pony express that still delivers mail for the U.S. Postal Service. The Hashknife Pony Express makes its ride every January during the Parada del Sol festival, traveling 200 miles from Holbrook, Arizona to Scottsdale, Arizona and delivering 20,000 first-class letters by horseback. The ride is led by the Navajo County Hashknife Sheriff’s Posse, which was organized as a search-and-rescue group in 1955. More than two dozen riders in authentic cowboy clothing carry the mail, relaying the bags along the route. Each rider is sworn in as an honorary mail messenger braving weather, terrain, and modern-day obstacles to deliver the United States mail. As the word has spread about the ride, public participation has increased, with many letters arriving in the Holbrook Post Office the week before the ride, marked “via Pony Express.”

At each stop, a parade welcomes the riders and the mail is secured in the U.S. Post Office overnight. When the Pony Express arrives at its final destination, the mail is deposited at the Post Office, where letters are then distributed across the world.

If you live in Arizona and wish to participate, the deadline for getting your letters to the Post Office is Friday, April 9, 2021 in Scottsdale and April 13, 2021 in Holbrook. The “Official Pony Express Envelope” will be available on December 1, 2020. The public can purchase them for $1 each at the Holbrook, Joseph City, Winslow, Overgaard, Pine, Heber, Payson, Lakeside/Pinetop, Fountain Hills, Scottsdale, and Snowflake Post Offices. Your letter will be hand-stamped with the official ride logo, the treasured cachet coveted by stamp collectors around the world.

3 thoughts on “The Hashknife Pony Express”