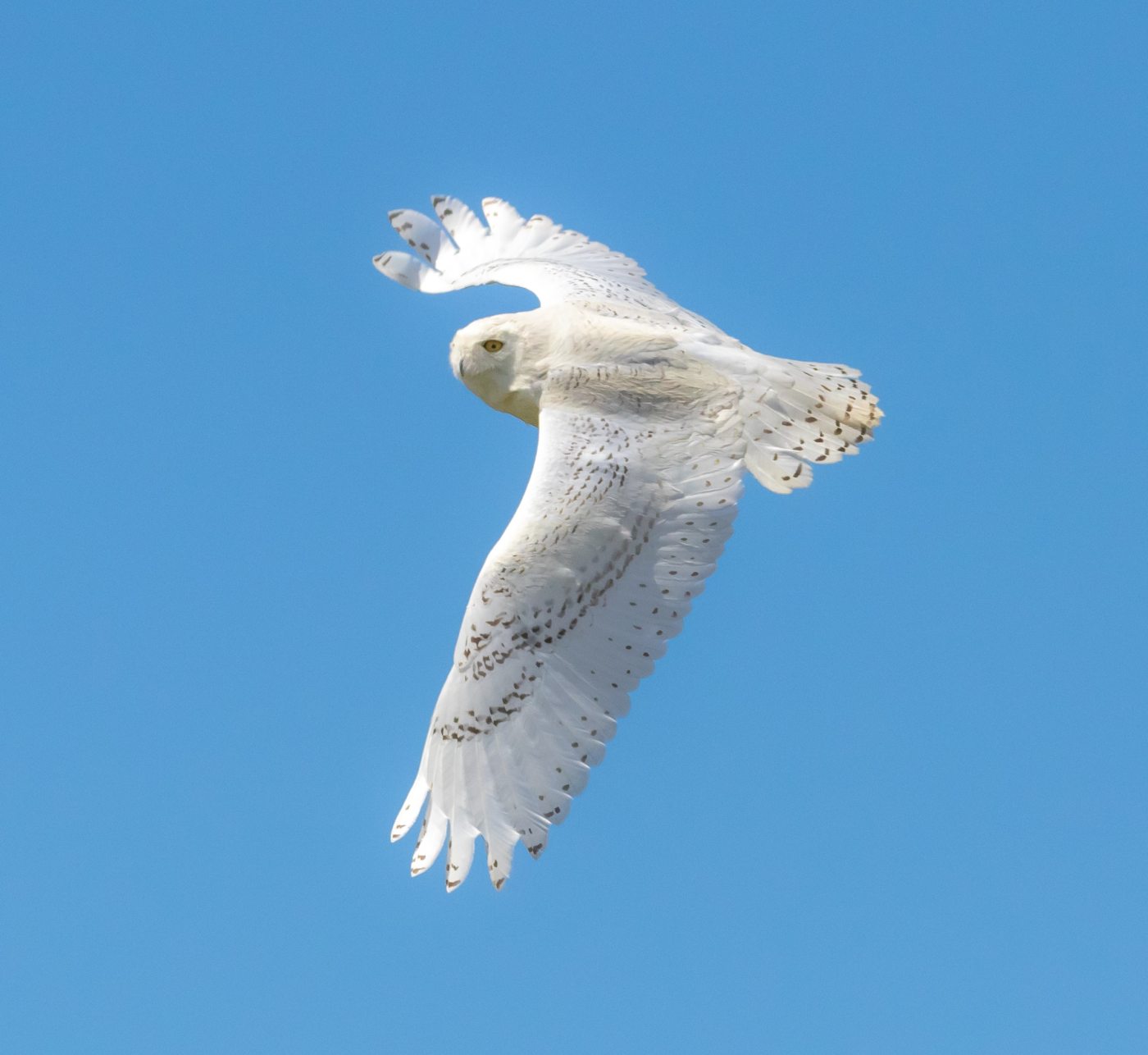 On the path from my front door to the adjacent artificial lake–
home to the migratory geese that couldn’t recognize spring–
my eyes drifted up from the inky asphalt
to a flock of iridescent angels, shimmering white
against the sky-bound seas of the high desert.

On the final day of the year in which machines forced last breaths into the dying,
while nurses donning frayed masks flipped a limp body, helplessly,
and strangers mocked the hoax that took your mother,
eight sets of majestic feathered fins worshiped the wind currents
as eight broad and blunted skulls tilted forward with determination.

As weaponized breath arched across the globe,
staining maps with blood-red Merlot,
Arctic birds were feasting and breeding,
preparing to send their winged dreams
south for the winter, in hopes of brighter days.

On the final day of the year spent stranded at home,
a flock of snowy owls passed over the Phoenix valley,
tracing the paths created by the Hohokam 1700 years earlier,
hundreds of miles south of their typical migration path,
signalling a year of abundance and a readiness to move on.

After a year of worrying about your father’s comorbidities
and feeling guilt over your mother dying alone under blinding lights,
perhaps those southbound spirits are sending down a invitation
to join them in recognizing the barren trees and empty pantries;
an invitation to abandon your stale concrete lake and take to the skies.