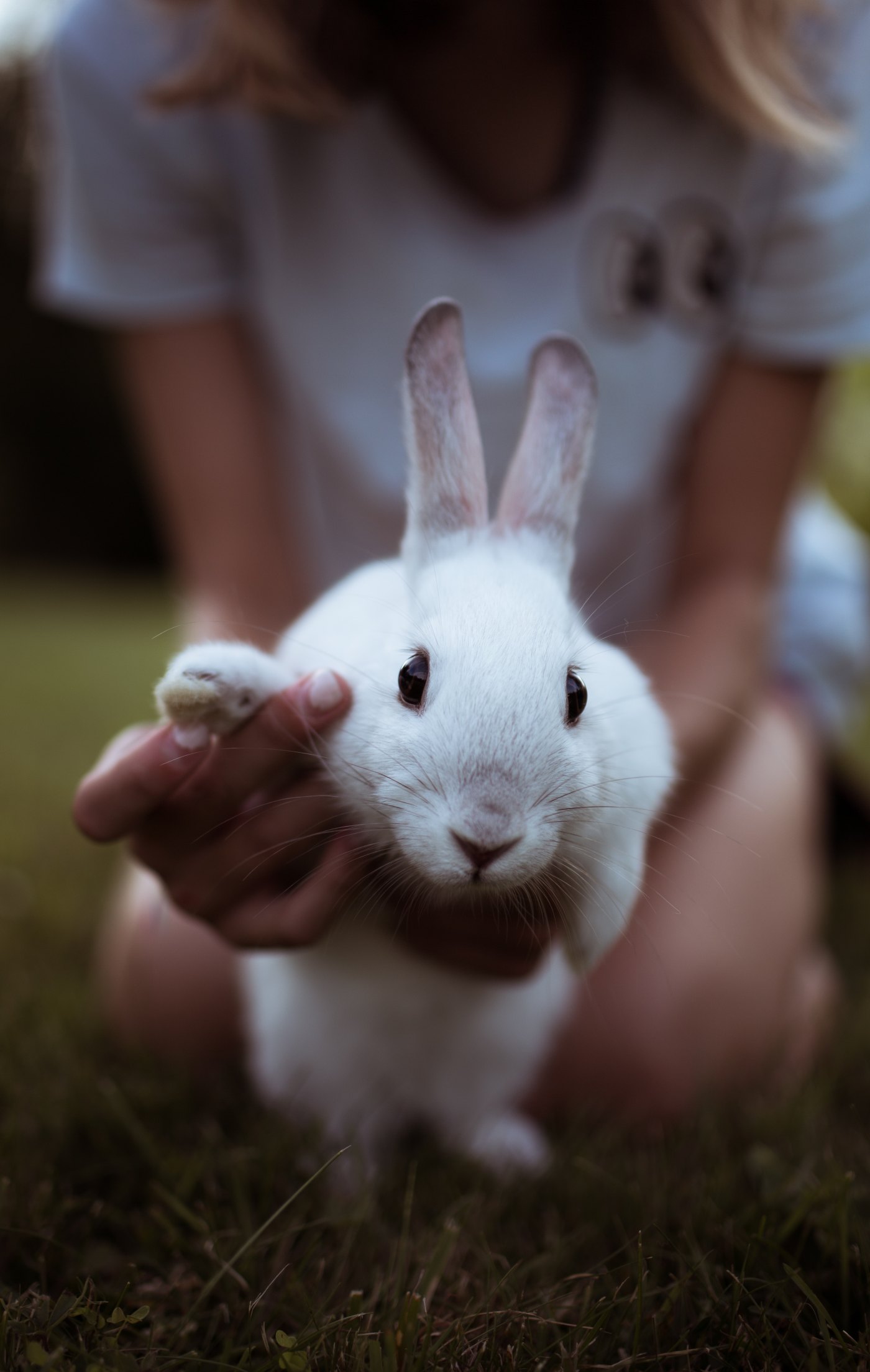 The other day, my distracted mind mind was quickly drawn back into conversation when my boyfriend nonchalantly said, “let’s get you a hare.” After years of back-and-forth about the inhumanity of leaving an oversized mountain dog alone in a small house without a backyard for 10 hours a day, the possibility of him suffering through his cat allergies, and chance that we might invite a wild critter into the house, was my boyfriend finally warming up to the idea of getting a pet?

We had first discussed the possibility of a getting a bunny after meeting a couple that said theirs was a low-cost, litter box-trained, bundle of love. Ever since, I’ve been bringing it up constantly. A bunny seems like a good compromise–cheap and nondestructive, yet presumably just as cuddly as a puppy. Being somewhat home-bound lately, he must understand that I could really use a companion right now.

I excitedly started asking what he would name it. Atilla the Bun? Roger Rabbit? Thumper? I pulled out my phone and began excitedly searching for pictures of cute bunnies. What kind of rabbit do you want? What color? What kind of rabbits did you have growing up again? What do you think the cost of ownership was? How long do bunnies live?

He looked over at me, smiled, and then said, “I love you”–a triad of actions that typically mean that he’s having an internal laugh-fest at my expense. I glanced back and demanded, “What?!”

He laughed and responded, “we’re going to put it on your head…to cover your bald spots.”

Sadly, the Hare Incident was simply a play on words that flew a mile and half over my head. Whoosh! However, the hubby feels so bad about the extreme letdown following my two minutes of blissful excitement that we are now legitimately discussing the addition of a stinky little floofer to our family. Hooray!!

Thank you brain for your slower-than-dial-up processing ability! You’re off the hook, at least until I forget to feed the little honey bunny…