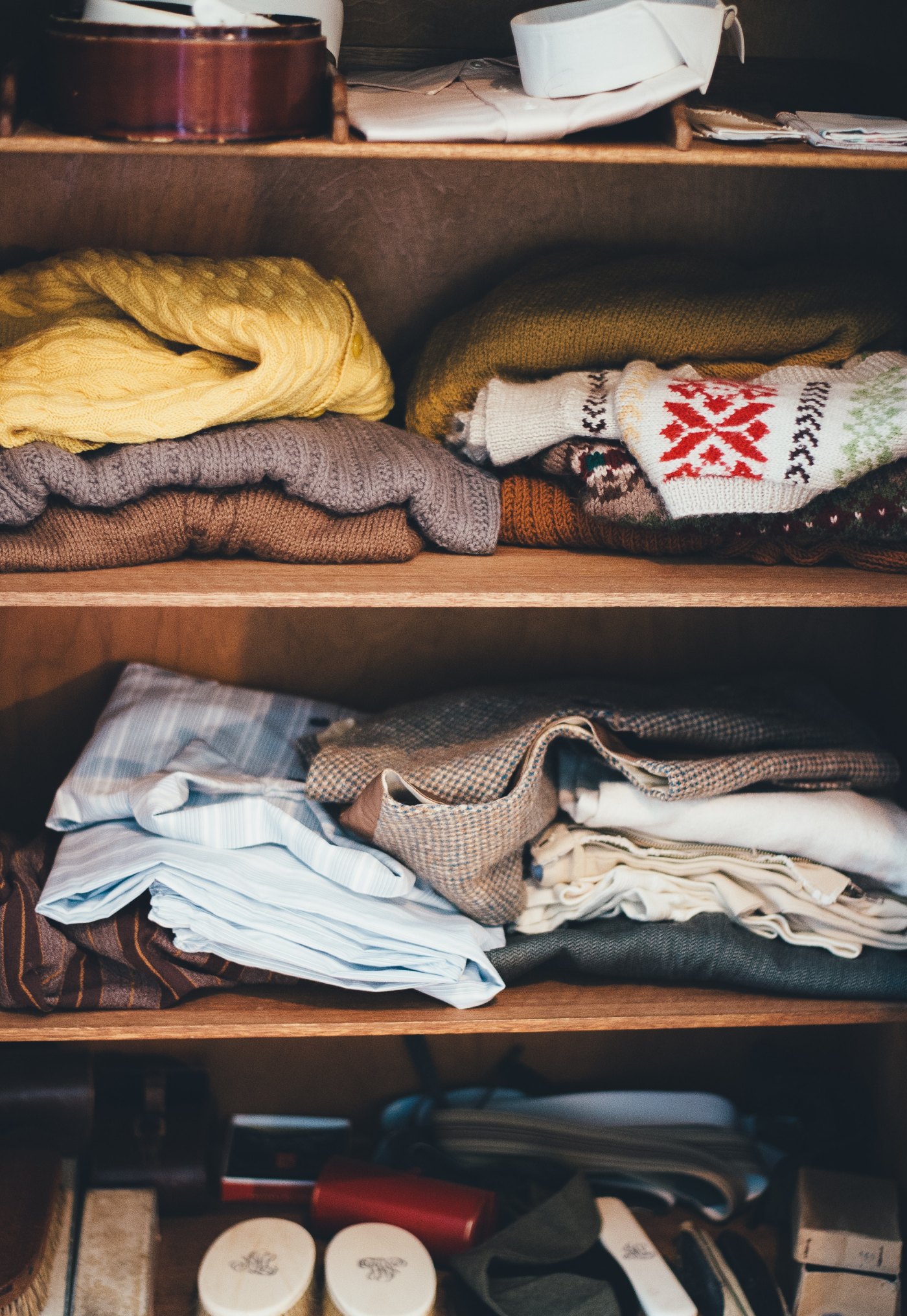 After a major flood forced us out of our house, my boyfriend and I were forced to pack our lives into the backseat of our cars. For over 100 days, we got by with three outfits each, a bag of toiletries, and some books. The lack of “stuff” was incredibly freeing.

So, when we returned home to a renovated home, we started cleaning house with a two-fold purpose. First, we aimed to declutter our home and eliminate any excess. Second, we wanted to rebuild our emergency savings after a lot of unanticipated medical bills.

“The things you own end up owning you. It’s only after you lose everything that you’re free to do anything.” – Tyler Durden

It’s not until we go without that we recognize how much we have. Do I really need separate sneakers for running, hiking, cross-fit, and everyday walking? Do we really need a fully furnished guest bedroom when we’ve only have one overnight guest in five years? Do I need six different facial moisturizers as I search for the elusive “perfect” one? How about t-shirts from the concerts I attended 15 years ago?

If I’m honest with myself, I really don’t need any of that. I’m simple. I rotate through the same five outfits each week, use the same personal hygiene products daily, and haven’t worn the band shirts in over a decade. I’m keeping the athletic shoes, though; the rigidness, cushion, and grip make a noticeable difference in protecting my ankles and joints. Yet, someone else might prioritized a diverse closet, sentimental trinkets, bold makeup options, or their video game collection. And that’s okay.

It is so easy to mindlessly compile things in our life, barely even realizing that these things may have certain memories and emotions associated with them. We might buy a new blouse while browsing online out of boredom, snatch up a set of scratchy bath towels on clearance, or lease an overpriced vehicle because we think it will make us look successful. Each of these decisions was based on emotion, rather than an objective need.

I once read about someone keeping a “did not buy” notebook, in which they logged every purchase they considered and then passed on. They allowed themselves to experience the desire associated excitement, and then let it go. Reviewing the lists weeks and months later, it became evident that the momentary objects of their affection were unnecessary–future clutter.

I read The Life Changing Magic of Tidying Up several years ago. Though I stopped reading shortly after Kondō suggested that socks have feelings and prefer not be bundled up, it drastically changed the way I viewed my possessions. Suddenly, I didn’t feel attached to the designer jeans that no longer fit or the well-loved books that I didn’t plan to re-read. I purged clothing, book, documents, and decor that symbolized who I had been. I made space for the person I hoped to become.

Recently, I’ve been revisiting this idea. There are several items that feel sentimental, yet I’m almost certain I would forget their existence all together if they were lost in a house fire. Though I don’t plan to embrace an extreme minimalism lifestyle, I’ve started asking myself: If I had an hour to fill my small sedan before an impending disaster, what would I take?

I would take the special greeting cards gifted to me by family, friends, and loved one across the years. I would take comfortable shoes, deodorant, and some water. Despite a 1,200 sq ft house filled with “stuff,” there is so little that I actually need.

As I make weekly visits to the consignment store, used bookstore, and donation center to clear our our home, it’s becoming apparent how subversive even the mildest consumerist habits can be. A book here and a new gadget there pile up over time, eventually falling by the wayside and piling up in the spare closet. I want to break that habit, limiting purchases to pre-identified needs and thoroughly-considered needs.

It’s easy to become overwhelmed by junk when it comes time to downsize or move, so make the decision to preemptively dispose of future clutter today. If it isn’t serving a function, sparking joy, or making your life easier, let it go. Trust me–you won’t regret it.

10 thoughts on “The Preemptive Disposal Of Future Clutter”