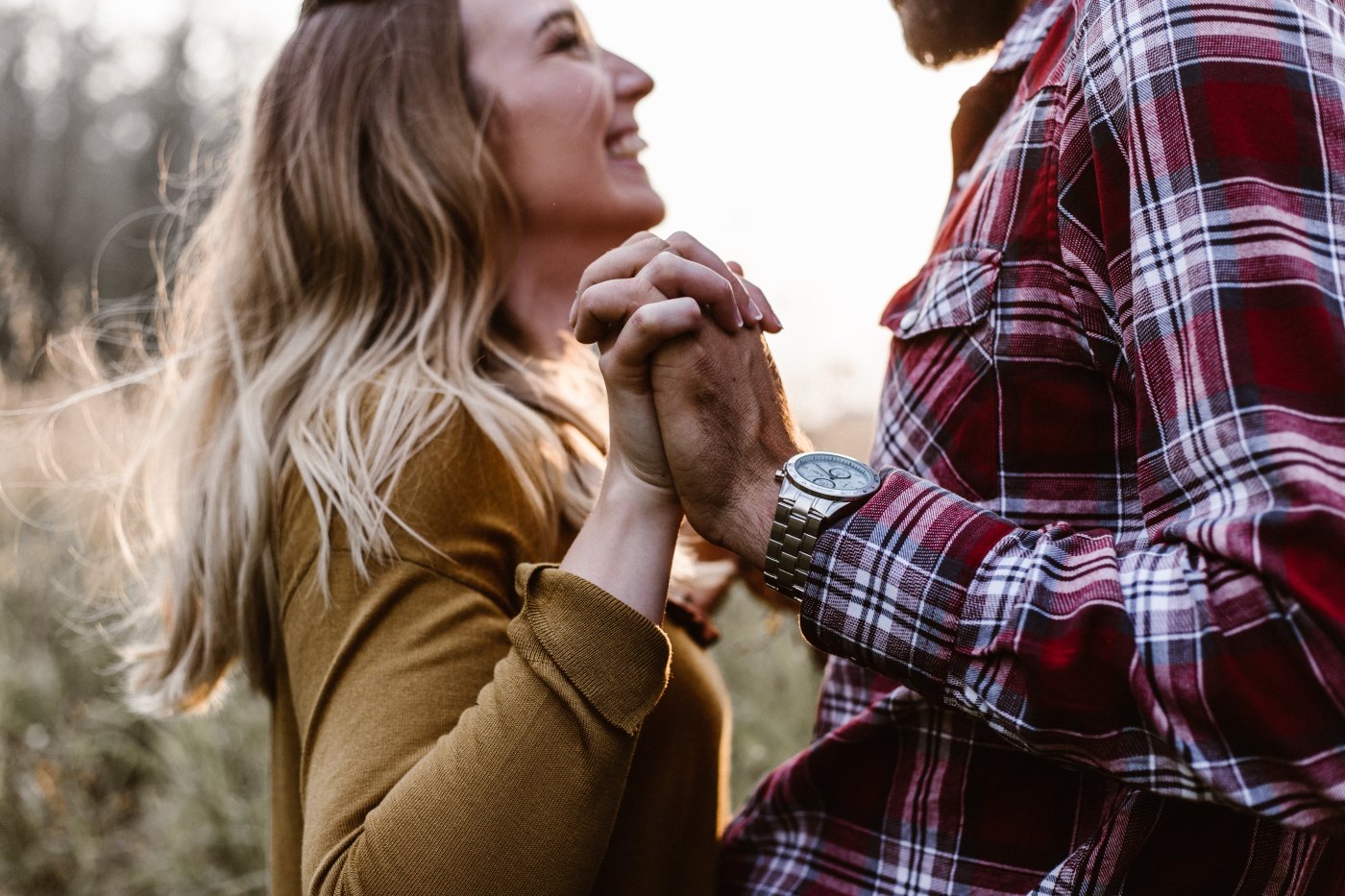 “If I could go back in time and tell my 25-year-old self that the craziest woman I ever met would be the same one I choose to spend my life with, I wouldn’t believe it. You, my dear, are bat-shit crazy.” I smiled at my boyfriend’s comment, releasing a small laugh, which was peppered with hints of mischief and elation.

After 1,650 days on this roller coasted called “love,” I can count on one hand the number of times he’s raised his voice or I’ve shut down; over the course of four and a half years, we’ve had less than five major arguments. I don’t know much about other people’s relationships, but I personally think that’s pretty impressive.

There are some typical responses when she’s getting a little too friendly with the barista or he left the toilet seat up, again. People raise their voices, slam doors, walk away, or issue ultimatums. Sometimes people feel that their partner isn’t listening, doesn’t understand, or–worst of all–is actively choosing to hurt their feelings. More often than not, harsh words are the result of misunderstanding and not intentional ill-will.

Five years ago, I read The Five Love Languages by Gary Chapman, which introduced me to the idea that each individual has a unique way of offering and interpreting romantic actions. I found out that my primary love language was “words of affirmation.” I save birthday cards, cherish love notes, and cling to every “I love you”. Yep, that definitely sounded right.

I mentioned the book to my boyfriend toward the of our first date, while making out in the backseat of his car. He immediately stopped, reached down under his seat and pulled out the book. What are the chances? He informed me that his top love language was “acts of service.”

Each person has their own unique personality quirks, and a new relationship challenges us to figure out how two people can bring their crooked shapes into perfect alignment. This process requires patience and persistence, but has an incredibly high return on investment.

After six month in the honeymoon phase, we started to irritate each other a bit. I asked unnecessary clarifying questions and he constantly instructed me on what I “needed” to do. He felt that I was being condescending when, in fact, I was simply wrapping my head around a new idea or request; I felt that he was being condescending by trying to make my decisions for me. After several difficult conversations over the course of three months, we began to recognize that each of us had the aim of helping the other, in the way that felt most natural. Nine months into our relationship, we were back in the honeymoon phase and I’m not sure it’s ended.

It started innocently enough. My boyfriend began calling me a “crazy cat lady” because I was buying canned food for the feral cat that lived outside my apartment building. And I began calling him a “tree-hugging hippie” because he doesn’t eat meat. It quickly elevated, in the best possible ways. I’m as quirky as the come, so he affectionately refers to me as “cray cray,” and due to the unfortunate side effects of an too-strong antibiotic, I now call him “stinky beans.”

“If you want to tell people the truth, make them laugh, otherwise they’ll kill you.”

Joking about the tough stuff is the most important advice I can offer to a new couple. We’ve named my PMS symptoms “grumpy cloud,” and have discovered that dark chocolate and tickles make me feel better. When I discover the toilet seat is up, I wag my finger and squeal his name obnoxiously. We have learned to laugh at the things that most couples fight about. This allows us to draw attention to the issue, but in a gentler and more playful way. By doing so, both parties are able to work toward a resolution or accept an innate habit that probably isn’t going away.

Humor allows us to diffuse arguments before they even have the chance to arise. Countless studies have shown the people want a mate with a sense of humor, but it’s less about being a prankster and more about finding a style of humor that makes you both laugh. If you share a sense of what’s funny, it affirms you on both personal and relational levels. And one of the keys to this shared sense of humor is playfulness.

Playfulness comes down to finding novelty in the mundane and then exaggerating that small glimmer of silliness. I’ve found that cultivating this sense of childlike wonder and amusement has been an important component in bonding and relationship security because it builds a shared view of the world, hilarious inside jokes, and a sense of gratitude for small moments.

Though humor is a great tool, it’s important that the tool be used for good. I would generally advise against teasing one another, even if it’s all in good fun. No one likes to be the butt of another’s joke. Aggressive jokes can be a bad sign in a relationship, especially in the beginning when you’re both still finding your bearings. With time, the jokes may evolve into a mild teasing that represents the humor of the relationship, as with “cray cray” and “stinky beans.” Use your best discretion, and just be sure both you and your partner enjoy whatever type of joking you’re engaged in.

“I love people who make me laugh. I honestly think it’s the thing I like most, to laugh. It cures a multitude of ills. It’s probably the most important thing in a person.”

Playfulness is the quickest way to liven up a dull or depressing day, and laughter is the best medicine. Humor is also the best way to find common ground in conflict, or to avoid such conflict in the first place. By cultivating a shared sense of humor, you and your partner may grow closer, feel more deeply connected, and move forward in love with ease and grace.

3 thoughts on “Our Relationship Is a Joke: The Value Of Humor In Romance”