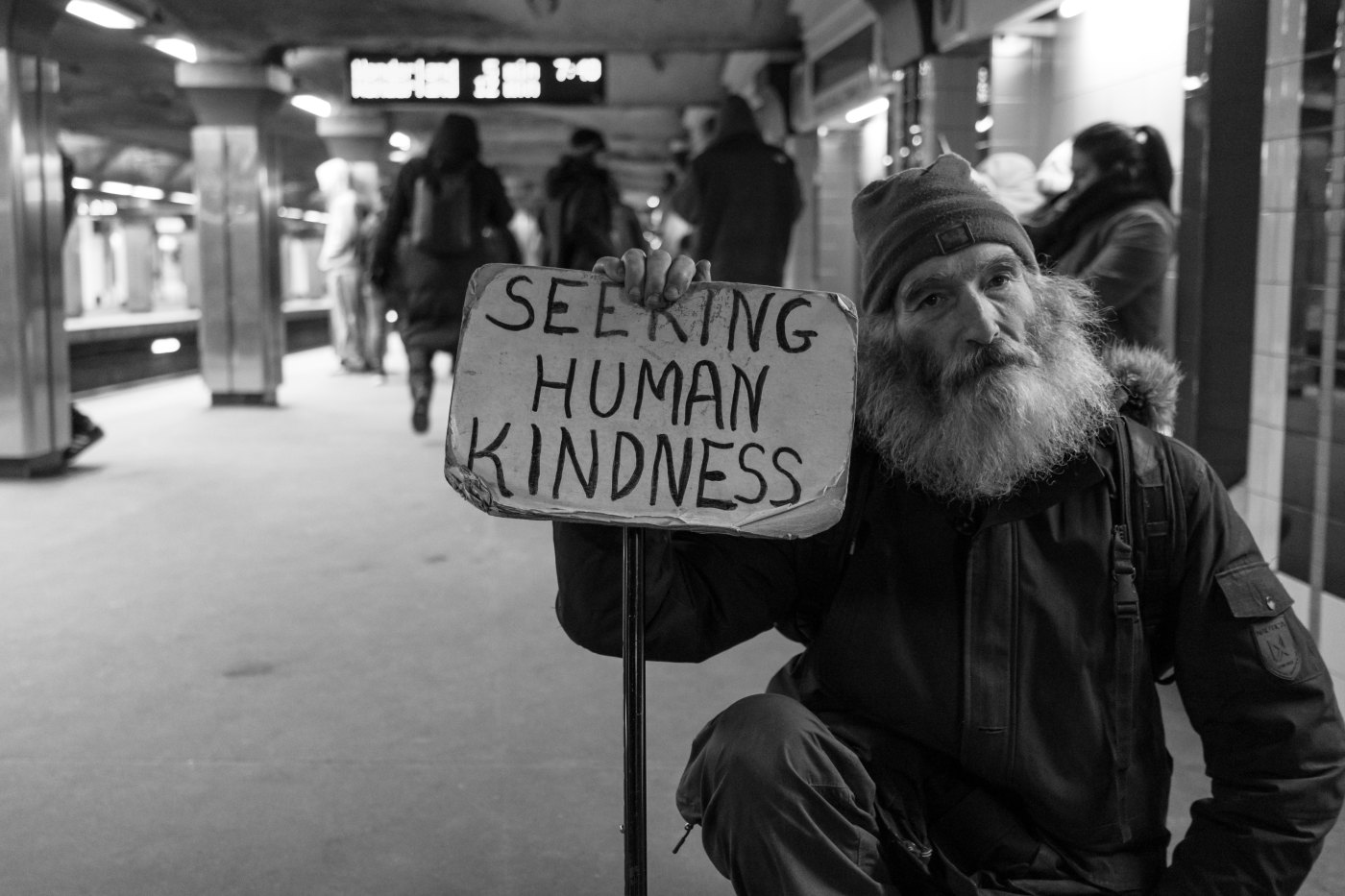 On a recent trip to the grocery store, I saw a disheveled man in the side of the road. He hung his head, covering the top inch or two of a sign reading: “Amputee. Anything helps.” The skin on the man’s face was worn and tired, and his knees had been replaced by mud-stained denim knots.

As I reached into my wallet, my boyfriend handed me a $20. I smiled at him, hurriedly, as I swung my door open and walked over to the homeless man to hand him two $20 bills.

I am generally wary of handing money to people soliciting funds on the side of the road. In my earlier twenties, when I was struggling to make ends meet, I gave a few dollars to a supposed single mother and later her saw her in fresh clothes with a family entering a nearby movie theater. I’ve been a bit cynical about panhandlers ever since.

This man was different. I felt a deep pang in my heart upon seeing him, as if he he was begging to be seen, yet invisible to so many. His request was sincere, necessary for mere sustenance.

As we pulled into the grocery store parking lot, my boyfriend said, “I think he’s a veteran.” I nodded, having had the same thought. “The VA doesn’t take care of our veterans. It’s their responsibly, yet they allow this to happen.” I sighed in somber agreement.

The experience represented a small sliver of my day, yet it’s poignancy has lingered.

Mankind has the responsibility to care for one another, yet too often we judge, scold, cut off, ignore, and turn away from friends and strangers alike. We don’t know what someone else is going through. We don’t all wear signs illustrating our personal struggles: “veteran amputee,” “going through a nasty divorce,” “tolerating sexual harassment at work,” “feeling like a failure,” or “diagnosed with cancer”.

It’s helpful to be reminded that everyone has struggles, and those who are giving you a hard time might be going through a particularly rough patch themselves. We shouldn’t need reasons to practice kindness. As members of the same human race, it’s our duty to offer whatever we can to those we encounter, whether or not they deserve it. Those who don’t seem to deserve it probably need it more than you realize.

Everyone could use an extra bit of patience, kindness, love, and service. What can you do today to make a small, positive difference in someone else’s life?